The month of June started with an early early morning drive from the Historic El Rancho Hotel in Gallup, New Mexico to Chaco Culture National Historical Park. The scenery was stunning with rugged rocks and cliffs contrasted by a lush palette of green vegetation, colorful sprinkles of wildflowers and a big, bright blue sky. The road got a little bit rocky at one point, but us gals love dirt roads! Besides, there were cows and horses to visit with on the way.

Along with being a Dark Skies certified location and a UNESCO World Heritage Site, Chaco Culture NHP was founded as an Antiquities Monument in 1907, and was operated for most of the 20th century as an anthropological storehouse of knowledge and evidence of the Chacoan Culture. Let me tell you, this park is one big mind and soul blowing experience!
The park preserves eleven hand built pueblos, also known as ceremonial structures. They’re a historical trace of the sacred ancestral Chacoan culture, which is part of many of the existing pueblos of the Southwest. After a quick stop at the Visitors Center, we joined the amazing Park Ranger GB Cornucopia on a group tour of Hungo Pavi, an unexcavated Chacoan great house that once had over 150 rooms, a great kiva, and an enclosed plaza.
How did the Chacoans build these structures? Especially the circular structures. The epicenter of the Chacoan world, Pueblo Bonita was planned and constructed in stages by ancestral Puebloan peoples between AD 850 to AD 1150.

After more exploring we ended our time at Chaco with a nice picnic lunch, and then stopped by the Visitors Center again to get our Park Passport Book stamped. Of course, the adventure didn't end here....we managed to get turned around on our way out of the park! Getting lost has its rewards though - we saw more spectacular scenery, horses and cows!
Once back in Gallup we spent a little time at the We The People Park that had all kinds of fun sculptures and a nice walking / jogging trail. 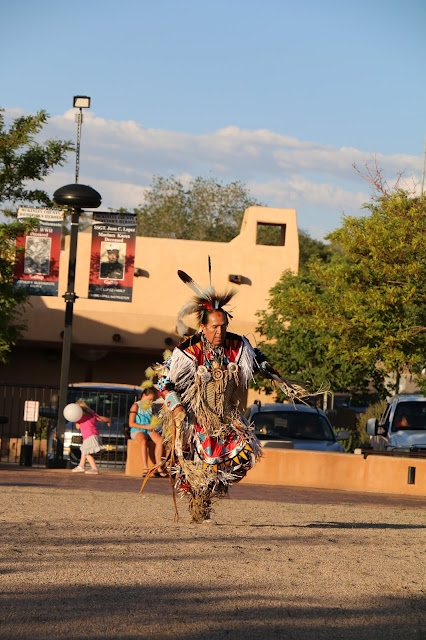 
Today we're in beautiful and historic Florence, Colorado known as the "Antique Capital of Colorado." We leave for Santa Fe, New Mexico on Monday.

The new issue of Parks & Travel Magazine   is out and along with stories about Hells Canyon, Yosemite, Sequoia & Kings Canyon Nati... 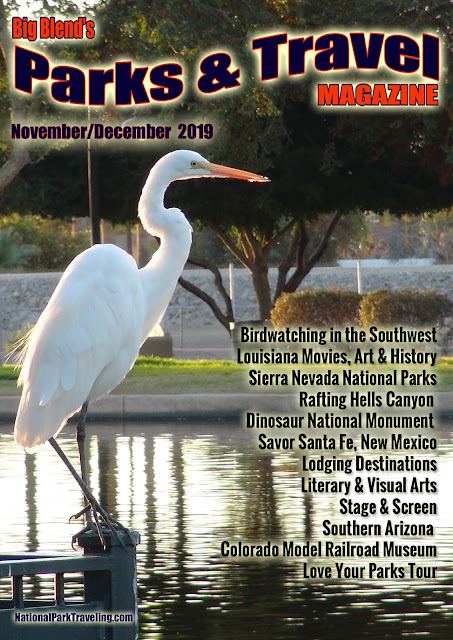 Love Your Parks Tour
In May 2019, Nancy J. Reid and Lisa D. Smith, Big Blend’s mother-daughter travel, radio and publishing team, will be back on the road traveling full-time to continue their ‘Love Your Parks Tour!’ The tour is our quest to visit and cover all units within the national park service, along with their local communities, parks and public lands. We’re on a big mission! On this journey, we will document, map and share audio-visual and editorial stories about America’s parks and public spaces, routes and trails, historic sites and cultural landmarks, natural and geological wonders, local flavors and festive traditions, and of course, the communities and people! Of course, Priscilla our pink sock monkey travel mascot will be along for the adventure - and as our mascot, she is in charge of this tour blog! More at www.LoveYourParksTour.com